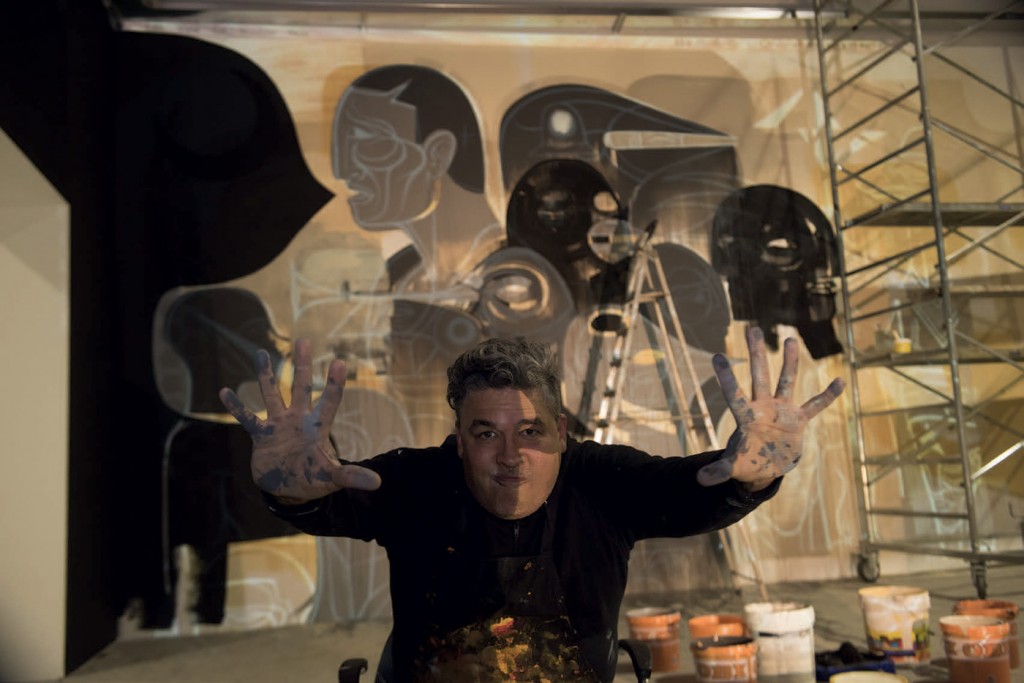 The undeniable link between graffiti and hip-hop is marked by the culture that was conceived in the Bronx in the 1970s. Originally consisting of music, graffiti and breakdancing, hiphop culture has created a platform for urban city dwellers to express themselves and voice their concerns about societal issues. Doze Green, graffiti artist and social commentator, is known as a legend of culture’s uprising. As a an original member of the Rock Steady Crew who actively participated in the creation of breakdancing, and using graffiti as a means of protest during his teen years, Doze lived through the cultivation of what we would call “old school” hip-hop culture. Graffiti, being such an important component of hip-hop, is the path Doze chose to follow as breaking began to dwindle in the 1990s.

In the 1980s when hip-hop was in its heyday and B-Boys (Bronx Boys) ruled the streets, graffiti had only begun to develop as a rebellious expression of dissent. Tagging subway cars as a teenager, Doze began creating street art in New York City at what seems to be the very basic level of rebellious graffiti and now considers it a way of life. Led by an intuitive flow, Doze has polished his craft and advanced from letter forms to character forms that he describes as biological entities of the metaphysical spirits he is trying to illustrate. Doze has consistently created graffiti works gaining popularity among the street art world. In recent years, Doze has been commissioned to complete murals in various cities in the U.S., Japan, and Brazil.

Born in an artistically inclined family, Doze has moved away from just cans and walls to using other media such as acrylic, spray paint, gesso and sumi ink on surfaces like canvas and wood panel. While experimenting with artistic tools and changing his narrative, Doze has kept to his roots with the graffiti style he possesses. With linear, erratic and geometric movement, Doze has captured the essence of B-Boy culture in his art while evolving to another, more spiritual level. Doze has said that he wants his work to possess an extra dimension. 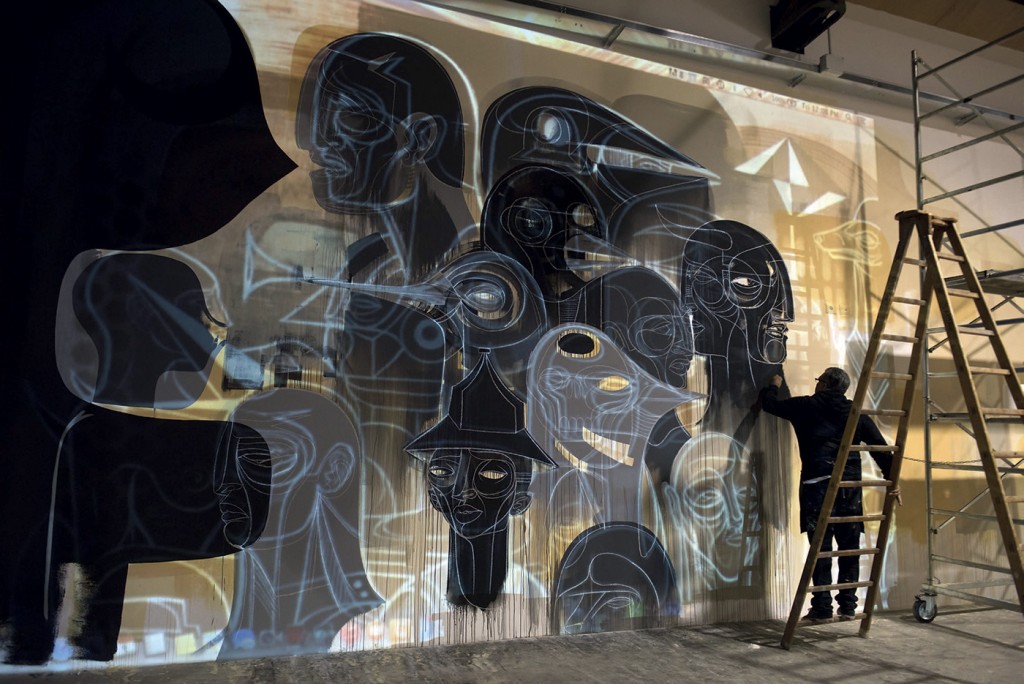 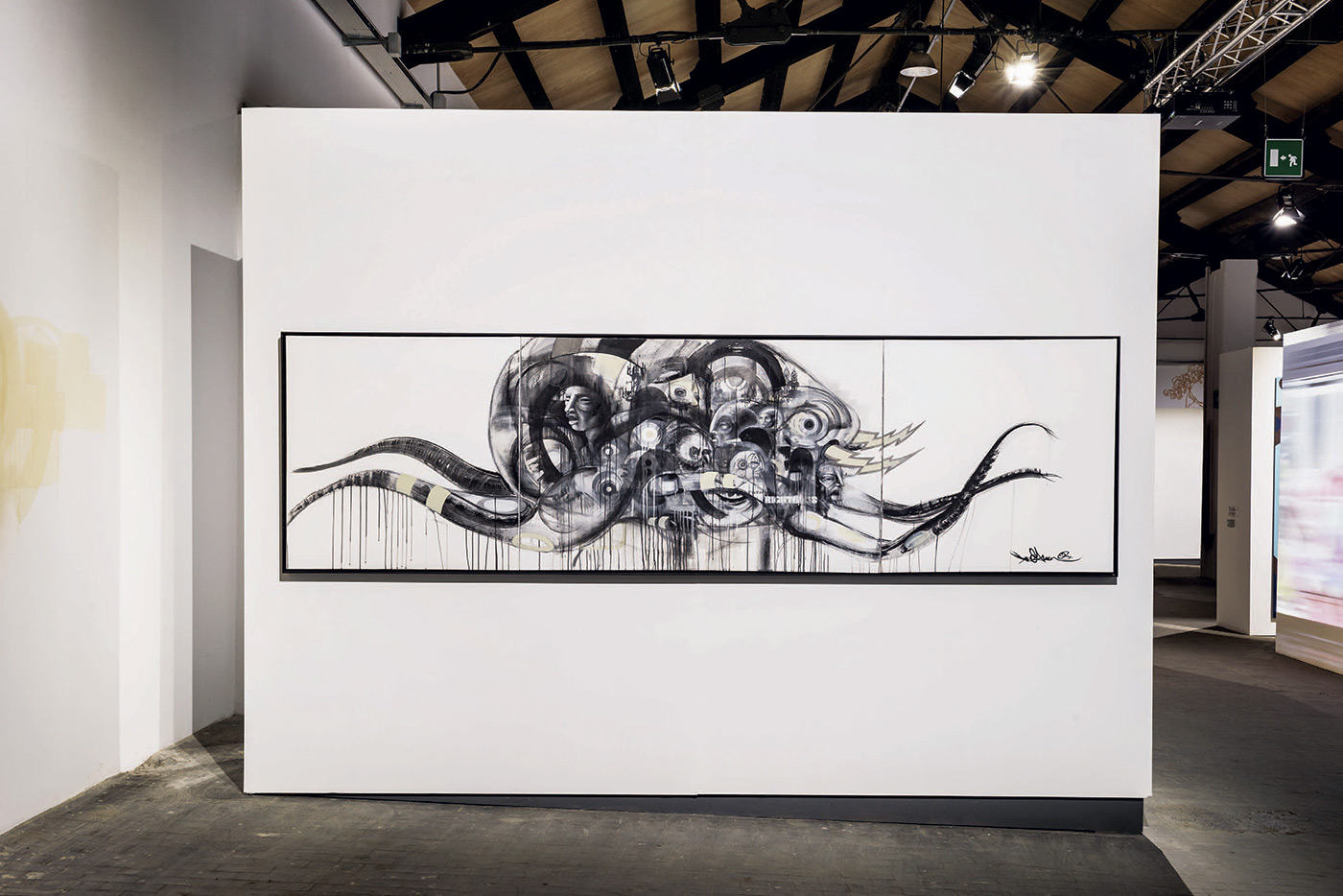 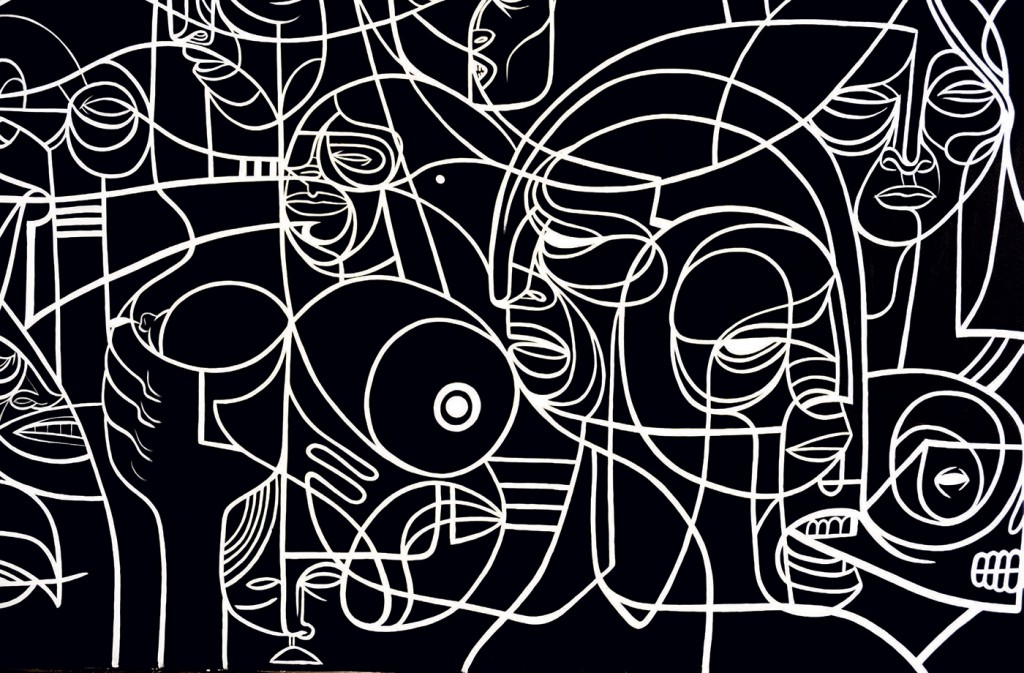 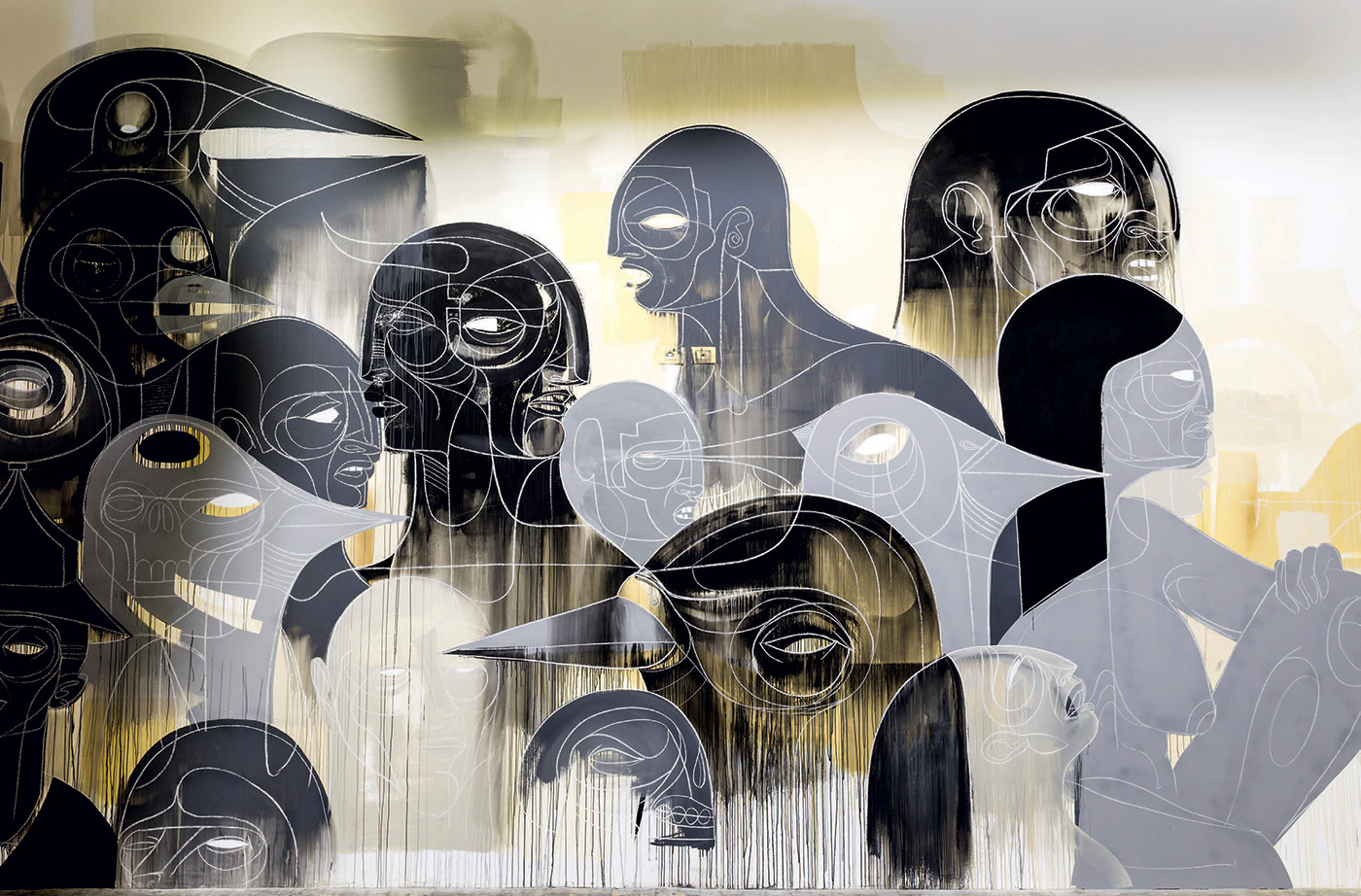 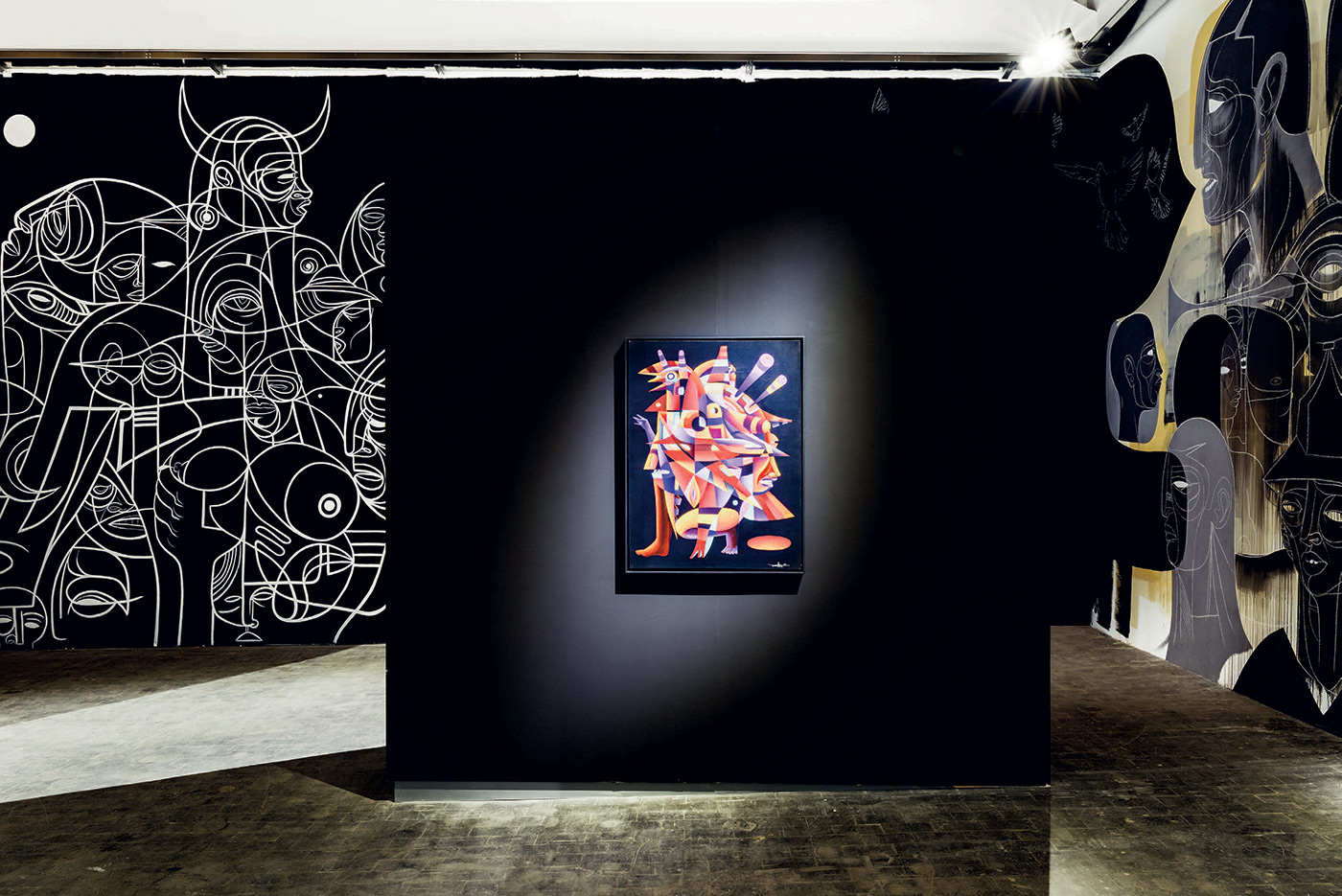 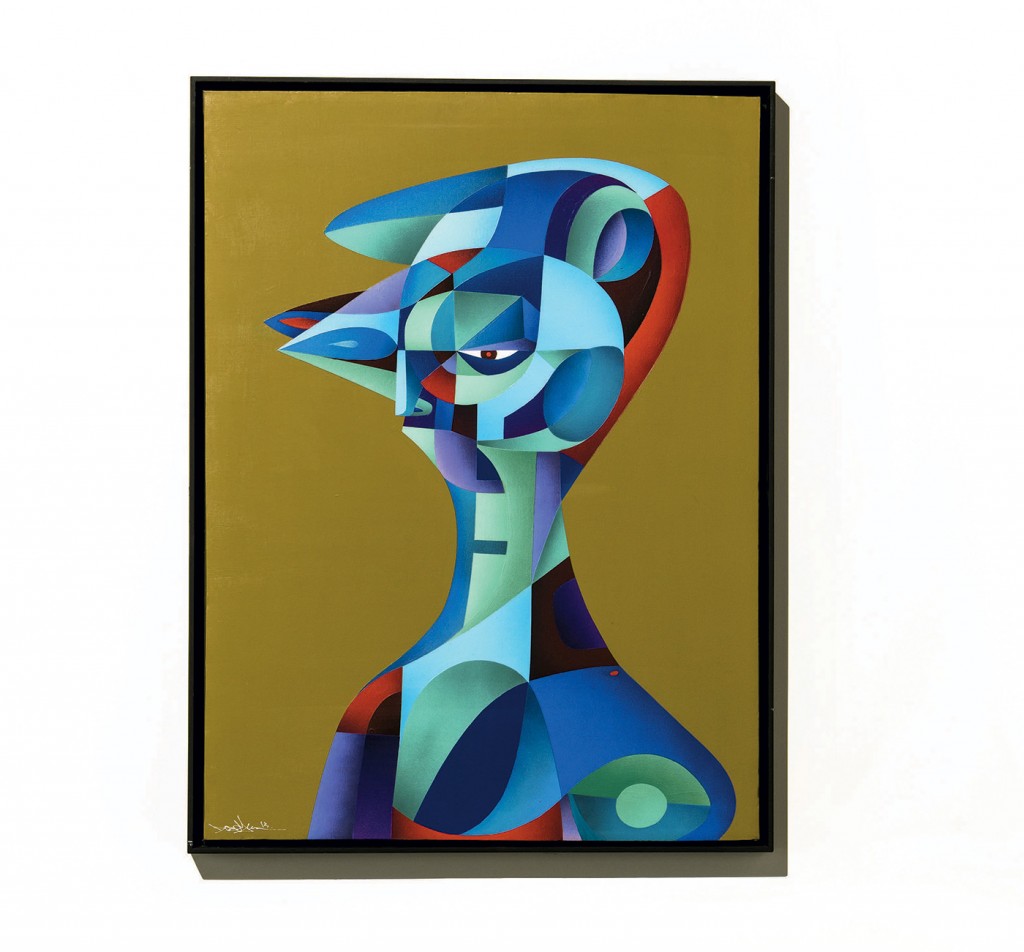 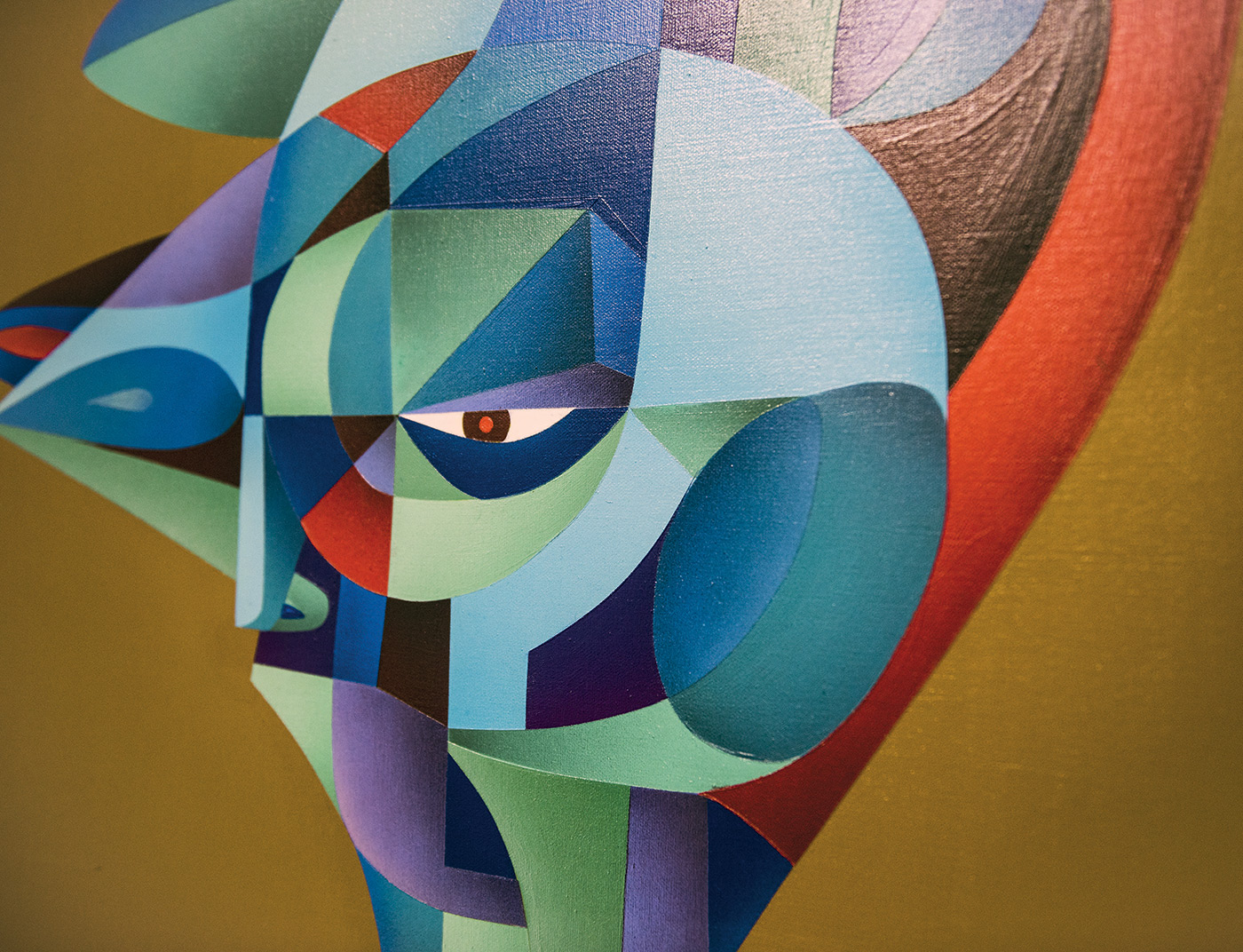