Most of the history of graffiti – also known as name writing, in keeping with the terminology adopted by the perpetrators of this phenomenon themselves when it first appeared in the streets of Philadelphia and New York around the end of the ‘60s, prior to reaching Europe in the ‘80s – has yet to be written, because until now, most of the documentation produced over the last 40 years has been overlooked by institutions.

While museums have refused to purchase works by graffiti writers, libraries have effectively ignored an extremely dynamic publishing market.
Those who know about graffiti are very aware of this obstacle, for they know that little or nothing has been written about graffiti since 1984, when Francesca Alinovi came up with the concept of ‘frontier art’.
Therefore, reconstructing the publishing history of this urban arts phenomenon in the introductory room of the exhibition The Bridges of Graffiti has strong symbolic overtones, because the selection of around 140 books, catalogues and fanzines – displayed on the bookshelves designed by the Dutch artist Boris Tellegen – presents visitors with a major and varied range of publishing material which had long gone unnoticed.

All of the loans were in fact supplied from five private collections which have brought together and conserved this documentary material over the years. 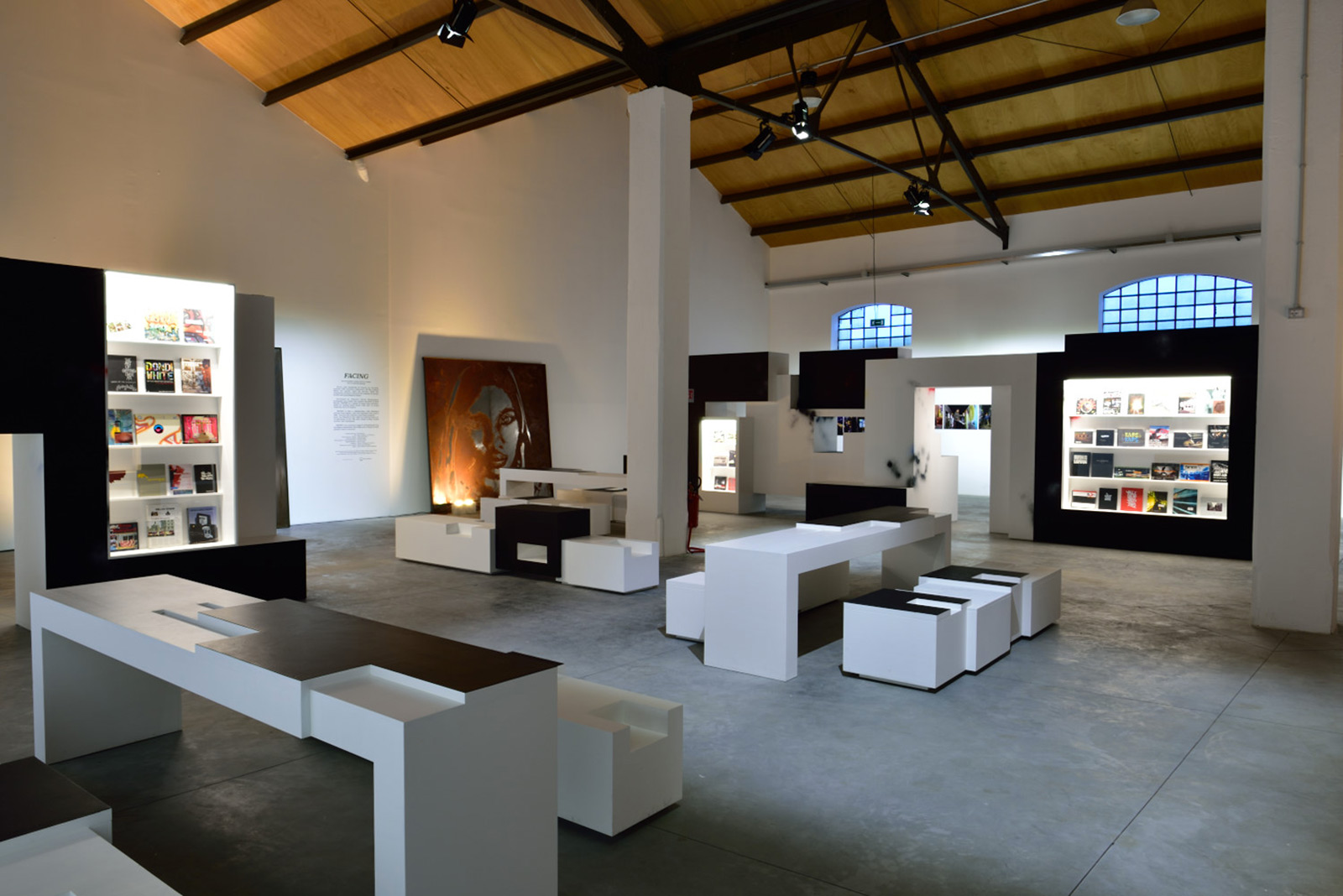 The selection process was based on a limited number of criteria, trying above all to make visible the general contours of a rather vast publishing field.

The choice was to display exhibition catalogues and fanzines/magazines produced by graffiti writers themselves.

Exclusions were made for artists’books because there were too many of them and had often been printed in very limited numbers, as well as most essays and analyses – with an exception made for the very famous The Faith of Graffiti by Norman Mailer, 1974 – published by intellectuals and professors. In other words, preference was given to offering visibility to the image that the graffiti writers themselves have passed on of their own culture to the rest of society over the last 40 years, without giving much weight to that relatively small number of analyses of the phenomenon carried out by people from outside this culture.

The material gathered is presented in nine glass cases of different sizes, each of which is dedicated to a specific theme.

The first collection tells the story of graffiti writing in New York, with rare books such as the exhibition catalogue of United Graffiti Artists in 1975, and Graffiti a New York by Andrea Nelli, published in 1978, or the catalogues of the first European shows in Italy, France and Holland, while the second focuses on the presence of graffiti on the European railway network throughout the ‘90s and 2000s, one of the most interesting and least known chapters in graffiti’s long history, with its own publishing references such as Sabotage: le graffiti art sur les trains d’Europe, issued in 1996, and Art Inconsequence by Robert Kaltenhäuser.

The third case offers a focus on some of the publications that testify to the overlapping between the language of graffiti and the codes of graphic design at the start of the 2000s, like the two volumes of Scrawl, which also give a rundown of the characters involved and the exhibitions – from Aaron Rose, founder of the Alleged Gallery in New York to Arts in the Streets, staged at the MOCA in 2011 – which have allowed a number of American graffiti writers to come to the fore in the world of contemporary art over the last decade.

The fourth case gives particular attention to ‘handwriting’, with a wide range of publications from Street Writers by Gusmano Cesaretti (1975) to more theoretical works by Markus Mai – Writing The Memory of the City and Writing Urban Calligraphy and Beyond – and to King Size, a minor masterpiece in pure home-grown spirit, while the fifth provides well deserved visibility to the extremely rare catalogue of a show staged in New York in 1984 at the Gallozzi – La Placa Gallery, and to the monographs of two key figures in that environment: Rammellzee and Futura.

The sixth case features monographs dedicated to a number of crews or cities, like Paris, Amsterdam, Munich, Hamburg and Rome, with much sought after books like Paris Tonkar, 1991, and Amsterdam Graffiti, 2004, while the seventh displays a selection of various books and exhibition catalogues which in the future will be extremely important for the study and analysis of graffiti writing, like The Art of Getting Over by Stephen Powers, Style Writing from the Underground by Phase 2 and All City Writers by Andrea Caputo.
The last two cases, the eighth and ninth, feature a selection of self-produced fanzines or magazines published by North American graffiti writers between the ‘80s and 2015, in the attempt to offer as complete as possible a panorama of publishing works which are
hard to get hold of.

There is still a lot left to be written on the history of graffiti, because its contribution to culture over the last four decades has not been clarified. Setting off on this path without the books to be found in this exhibition seems impossible. For this reason, the selection on view in Venice is not a mere homage to the fetishist passion of a number of graffiti fans, but a real project designed to share a publishing heritage just waiting to be discovered.